Rebeca and Dominic have the most extraordinary love story; it’s something that I fully expect to see on the big screen someday (I call playing their wedding photographer in the film!). It all started when Dominic was lovingly coerced into a study abroad program in Brazil (“I shoved him onto the plane” were the words his mother used). That was the most important plane ride of his life; he met Rebeca by chance over music while he was there. Years, multiple languages, cultural boundaries, and thousands of miles later, they celebrated the start of this new chapter in their lives together.

The day — and ended — surrounded by the ones they love the most. Rebeca and Dominic are all about family, and family had a hand in every detail of their day. From the intricate, hand-woven dress found in Rebeca’s hometown, to the fascinator hand-made by her mother, to the beautiful decor made by family friends. They just wanted to finally be married and dance the night away with their favorite humans.

After dresses were on and ties were tied, we made our way to Dominic’s family church for their sweet ceremony. They exchanged their vows to music played by Dominic entire family (there was a mention of Chewbacca, the vows were perfect). They practically danced their way back down the aisle and out the door; the excitement was felt by everyone in the room.

Dominic grew up in Fairport, so the canal was their must-have for wedding portraits. We took an hour to bask in the “just-married glow”, their grins never dampened for a minute (even with the weather did). They danced their way right in for tacos, and it could not have been more meant to be — the band even played a Brazilian song that Rebeca loved for them.

That energy only went up from there; they danced, toasted, and celebrated the night away to the sound of spectacular music a la Dominic’s high school band teacher. There could not have been a more magnificent day for two special people.

Dominic and Rebeca – Congratulations you two! Thank you again for having so much fun (tacos and all!), you two are the very best. Enjoy part two of your wedding celebration in Brazil! 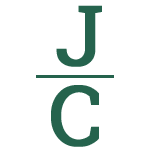